Tempoross is a boss themed minigame which can be fought without the use of combat skills. Another name for tempoross is Spirit of the Sea, also believed to be old and ancient as Geilinor.

The boss is recently came out of hibernation after centuries of resting and wrecked the sailors with his ability to generate storms in the sea. The unfortunate sailors that came into the path of the storm were lost and misguided and some even lost their lives. 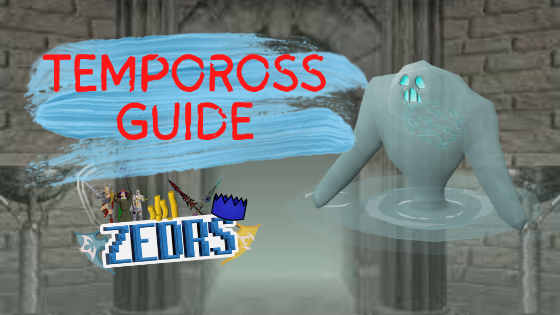 There are multiple methods that can be used to reach the tempoross.

What are Requirements for Tempoross?

Tempoross can be fought solo or in a group. The fight can be initiated by boarding the ship. The countdown until the next departure of the ship will be announced by Captain Dudi. The countdown will be ignored and departure will commence immediately if the boat is filled before that.

After reaching the island, the deck has crates containing Ropes, Harpoons, Buckets and Hammers.

Fighting solo or in group has no difference apart from the fact that the fires will be harder to put out if you are in a smaller group.

In the first phase of fight, players have to use harpoonfish as an ammo to lower the energy of Tempoross. The fish can be used cooked or uncooked. Cooked fish drains 15 energy while on the other hand, uncooked drains 10 energy.

In the second phase of fight, the players have to fish at the whirlpool to catch energized fishes. This is done to deplete the essence to zero. If the essence are depleted to zero before the restoration of its energy, tempoross will run away making the players win the fight. But if the tempoross is able to regain its energy, it will start with the first phase fight all over again.

Players have a total of three (03) chances to win the fights after which the tempoross will considered victorious and the fight will be over.

Types of attacks by Tempoross

The game consists of multiple activities which include catching, cooking and depositing harpoonfish, repairing totems/masts, putting out fires, surviving the waves and spirit pool.

There are multiple rewards apart from the fishing, construction, strength and cooking XP. Players will receive reward permits for the points they gain during the game.

For more details guide or for RS3 to OSRS Gold Swap, let us know.